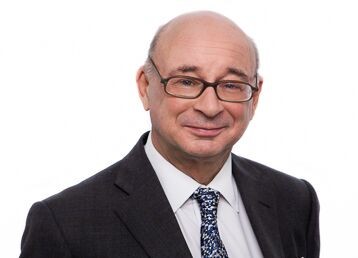 Professor Christopher Bunker has been a Consultant Dermatologist at University College London Hospitals since 2010 where he runs a Male Genital Dermatology Clinic. Previously he was a Consultant at The Westminster Hospital, (subsequently the Chelsea & Westminster Hospital), where he still supports a specialist monthly NHS male genital clinic), Charing Cross and The Royal Marsden Hospitals, London.   He is also Honorary Consultant Dermatologist to the Royal Hospital, Chelsea and St Luke’s Hospital for the Clergy, London.  He holds Personal Chairs at both Imperial College (since 2005) and University College (since 2010), London.

He was educated at Wycliffe College, Glos., St Catharine’s College, Cambridge and Westminster Medical School, London.  He trained in general medicine in London, Derby and Oxford and Dermatology at The Middlesex and University College Hospitals.  In the late 1980s he had a Sir Jules Thorn Research Fellowship at University College London and won the Cambridge University prize for his MD thesis.

He is a general Dermatologist with 27 years’ experience as a Consultant in teaching hospitals and has trained over 120 other Consultants and taught thousands of medical students.  His clinical and research interests include male genital dermatoses, complex medical and inpatient Dermatology (including severe drug reactions and TEN), melanoma, and HIV Dermatology.  He has published ~360 papers, books, chapters, case reports and letters and given nearly 300 invited lectures at national and international meetings.  His research metrics are: h-index 41; i10-index 160; citations 6,688; Research Gate 45.93; top 97.5%.  According to Google Scholar Prof Bunker is the 6th most cited UK Dermatologist in the world; those in the UK ‘ahead' of him are, or were, all full-time, salaried, university academics.

He has twice been the Royal College of Physicians eponymous Ingram Lecturer (2001 & 2015), the Dowling Orator (2010) and the Neil Smith Orator (2011).  He has received a National Silver Clinical Excellence Award from the NHS.  In 2019 Prof. Bunker was awarded the Sir Archibald Gray Medal by the British Association of Dermatologists - its ultimate accolade for outstanding contributions to British Dermatology.

This website uses cookies to improve your experience while you navigate through the website. Out of these cookies, the cookies that are categorized as necessary are stored on your browser as they are essential for the working of basic functionalities of the website. We also use third-party cookies that help us analyze and understand how you use this website. These cookies will be stored in your browser only with your consent. You also have the option to opt-out of these cookies. But opting out of some of these cookies may have an effect on your browsing experience.
Necessary Always Enabled
Necessary cookies are absolutely essential for the website to function properly. This category only includes cookies that ensures basic functionalities and security features of the website. These cookies do not store any personal information.
Non-necessary
Any cookies that may not be particularly necessary for the website to function and is used specifically to collect user personal data via analytics, ads, other embedded contents are termed as non-necessary cookies. It is mandatory to procure user consent prior to running these cookies on your website.
SAVE & ACCEPT